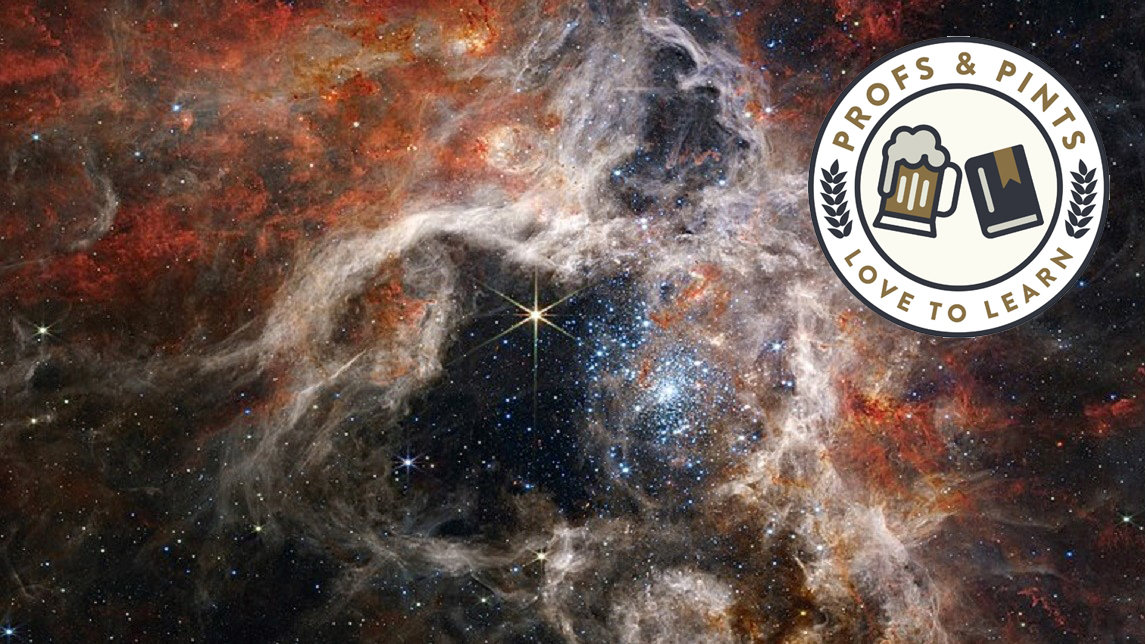 Many of us have been spellbound by the images produced by the James Webb Space Telescope since its launch into space in December 2021. The largest space telescope ever constructed, it’s capable of peering through both space and time to observe how galaxies, stars, and planetary systems evolved over cosmic time. It also will search exoplanets’ atmospheres for evidence of life.
Profs and Pints is offering you a chance to learn in depth about the Webb mission in a glassed-in, heated room of metrobar dc with the night sky visible overhead.

The speaker, Dr. Matthew Greenhouse of the Goddard Space Flight Center’s Laboratory for Observational Cosmology, has been involved in the Webb mission as a senior staff member since 1997 and specializes in demystifying the Webb mission for public audiences of all backgrounds. He’ll provide an insider’s firsthand overview of the science objectives that drove the design of the Webb observatory and the engineering challenges that had to be overcome to realize it.

He’ll also discuss the instruments aboard the telescope and how they’re capable of seeing forms of light invisible to our own eyes. He’ll show us early results from the science mission that are captivating the worldwide science community. And he’ll give us an idea of what questions the telescope might still solve, and what thrilling discoveries might be ahead. (Advance tickets: $13.50 plus sales tax and processing fees. Doors: $17, or $15 with a student ID. Listed time is for doors. Talk starts 30 minutes later. Please allow yourself time to place any orders and get seated and settled in.)

Image: The core of the Tarantula Nebula as captured by the James Webb Space Telescope’s near-infrared camera. Photo by NASA and the Space Telescope Science Institute / Wikimedia Commons.